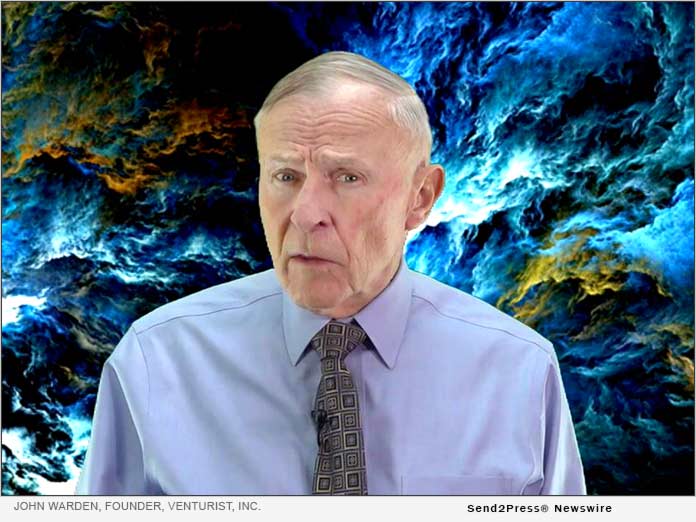 “We have made enormous progress over the last couple months in developing and testing virtual versions of all our well-regarded strategy programs,” said John Warden, Venturist, Inc. president and founder. “We have conducted two virtual Prometheus Academies – https://venturist.com/virtual-academy/ – our premier education offering, and one virtual Grand Strategy development engagement, our most complete strategy development program. In the live world, the Grand Strategy program has involved senior management meeting for six full contact days over two or three sessions. Our new program is done in multiple online sessions of 4 hours each once or twice a week – which greatly simplifies accessibility and scheduling.”

He went on to say that the live version of the Prometheus Academy is a five-day, all-day program normally done at Venturist headquarters in Montgomery, Alabama but the virtual program is five consecutive, four-hour online sessions which also makes the program accessible to many more people.

For both the Grand Strategy Development and the Academy, Venturist is using Zoom Video Communications, Inc.’s Zoom video conferencing application for the “open planning” and Atlassian Corporation Plc’s Trello collaboration application for the strategy development Post-It notes (stickies) function. Both programs are accelerated and supported by the Venturist® Prometheus Online Strategy Videos.

John Warden finished by saying that he believes our recent experience with the pandemic restrictions has led to a better understanding of what can be done virtually and that the virtual programs will be an indispensable feature of the world going forward. Venturist (https://venturist.com) can now offer in virtual form the full range of its programs—organization learning, grand strategy building, and strategy self-learning—and is committed to making them even better. Venturist virtual programs allow companies to learn and develop strategy without the need for travel or large gatherings that may be neither allowed nor desirable.

Since its founding in 1995, Venturist, Incorporated has helped hundreds of companies, organizations, and individuals improve their business results through use of the strategy methodology process it created, the Prometheus Process.

John Warden (https://venturist.com/john-warden/) is the president and founder of Venturist, Incorporated. According to the company’s website, he developed a unique strategy process when he was on active duty in the US Air Force where he had a long career as a fighter pilot, commander, and staff officer. He had played a key role in creating the air campaign plan that was the backbone of the highly successful 42-day Gulf War—Desert Storm. When he retired from the Air Force, he believed that the strategy principles that had worked so successfully in war would help companies become dramatically more successful. He started Venturist to teach his strategy concept, called the Prometheus Process (https://venturist.com/elements-of-strategy/), and to show companies how to build new strategies using the concepts.

Venturist, Inc’s New Prometheus Video Strategy Program Is Now Available for Use by Individuals and Companies of All Sizes 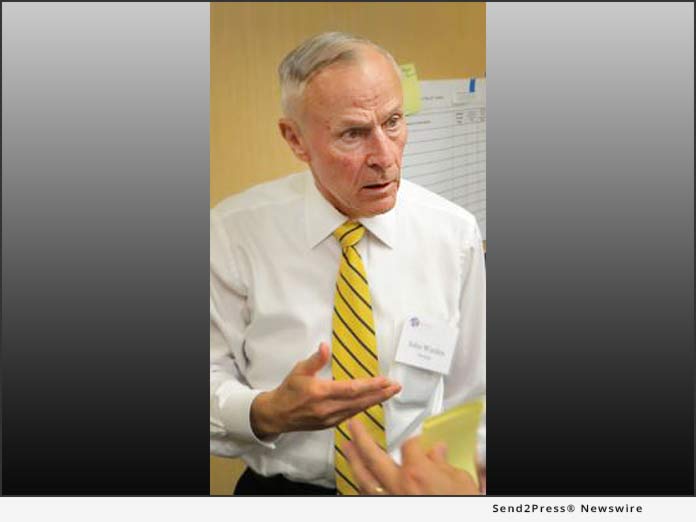 Venturist president John Warden (https://venturist.com/john-warden) explained that the Venturist Prometheus Strategy Process is unique. When he was in the Air Force, he became acutely aware that strategy was the key to success and had to be simple if it was going to be followed and be effective. The Prometheus Process is designed explicitly so that companies and individuals can learn the process and use it to build and execute winning strategies that they understand and to which they are committed.

The Venturist president went on to say that to develop and produce a good strategy, an individual or organization must understand the principles of strategy, use the principles to design for itself a strategic plan, and then ensure that everyone in the organization understands and actively promotes the plan. Venturist and the Prometheus Process help companies foreign and domestic with each of these critical areas.

John Warden noted that Venturist has long taught strategy with its popular 5-day Prometheus Academies (https://venturist.com/prometheus-academy/) but regretted that only a limited number of people could take advantage of the live program. Thus, the company developed a comprehensive video program for businesses of all sizes, for non-profits, and for individuals.

The only criterion for enrolling in the Venturist® Prometheus Video Strategy Program (https://venturist.teachable.com/) is a strong desire to create a better future through the magic of strategy.

The Program consists of 21 short lectures on the substance of Prometheus strategy, 18 “How To” videos to demonstrate the methodology of using the Prometheus concepts to build an actual strategy, and four review quizzes. https://vimeo.com/325027483

The program is designed so that a single person or a group can work through it on their own schedule. The Introductory price is $240 a year which can be paid in a lump sum or monthly at $25 per month. For this fee, participants can access all the videos as frequently as desired during the year for which they subscribed. Finally, participants who want additional coaching can make arrangements with Venturist for on-line or in-person consulting sessions.

Venturist, Incorporated (https://venturist.com) : Since its founding in 1995, Venturist, Incorporated has helped hundreds of companies, organizations, and individuals improve their business results. Venturist believes that the key to success in any competitive activity, whether war, business, or politics, is strategy. If an organization gets the strategy about right, it will have a high probability of realizing its objectives even if its competitors outmatch it in tactical performance.

When asked about the origins of the Prometheus Process, the company’s founder and president, John A. Warden III, said he conceived and employed key elements of the process when he was an active duty officer in the United States Air Force. His service had ranged from the Vietnam War to the first Gulf War. In the former, he flew almost 300 combat sorties as a Forward Air Controller and in the latter, he was credited by Generals Schwarzkopf and Powell as the architect of the Desert Storm Air Campaign which became the key operation of the conflict.

In between flying and command tours, he earned a master’s degree from Texas Tech University, served in multiple positions on the Air Staff in Washington, D.C., wrote a book, “The Air Campaign,” while a student at the National War College, was a Special Assistant to the Vice President of the United States, and headed the Air Force Command and Staff College. After retiring from the Air Force, he started his company, Venturist, Inc., and made a number of television and radio appearances.

He was cited in several books, including David Halberstam’s “War in a Time of Peace,” General Norman Schwarzkopf’s “It Doesn’t Take a Hero,” John Andreas Olsen’s “John Warden and the Renaissance of American Airpower,” General Colin Powell’s “My American Journey,” and Richard Reynold’s “Heart of the Storm.” He is the co-author of a book on business strategy, “Winning in FastTime,” that is now in its 7th printing

ABOUT THE NEWS SOURCE:
Venturist Incorporated

Since its founding in 1995, Venturist, Incorporated has helped hundreds of companies, organizations, and individuals improve their business results. Venturist® believes that the key to success in any competitive activity, whether war, business, or politics, is strategy. If an organization gets the strategy about right, it will have a high probability of realizing its objectives even if its competitors outmatch it in tactical performance.

LEGAL NOTICE AND TERMS OF USE: The content of the above press release was provided by the “news source” Venturist Incorporated or authorized agency, who is solely responsible for its accuracy. Send2Press® is the originating wire service for this story and content is Copr. © Venturist Incorporated with newswire version Copr. © 2019 Send2Press (a service of Neotrope). All trademarks acknowledged. Information is believed accurate, as provided by news source or authorized agency, however is not guaranteed, and you assume all risk for use of any information found herein/hereupon.

Rights granted for reproduction by any legitimate news organization (or blog, or syndicator). However, if news is cloned/scraped verbatim, then original attribution must be maintained with link back to this page as “original syndication source.” Resale of this content for commercial purposes is prohibited without a license. Reproduction on any site selling a competitive service is also prohibited. This work is licensed under a Creative Commons Attribution-NonCommercial 3.0 Unported License.

CONNECT WITH SEND2PRESS ON SOCIAL MEDIA